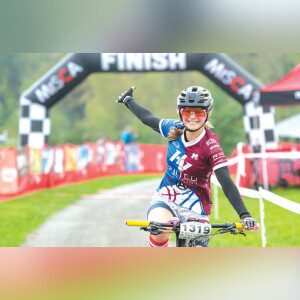 The Huron Valley United Racing mountain bike team are only five years old under their tires, but are already making a statement in competition.

From beginners to experienced riders, hundreds of mountain bikers have followed the course this year and produced significant results.

The team, which has just completed its fifth season, is part of the Michigan Scholastic Cycling Association (MiSCA), the only mountain bike racing series dedicated to children in Michigan. Since 2010, MiSCA has more than tripled in size and now has six races across the Lower Peninsula.

Youth races are intended for elementary, middle and high schools. Courses are designed and modified to suit all ages, abilities and skill levels, with at least 20 competition categories available at each race.

Huron Valley United Racing is stationed in Milford. This is a composite school cross country and mountain bike team, which means kids don’t have to be from Huron Valley to join. Their goal is to help children discover mountain biking and become excellent runners.

Michelle Palumbo’s son Frank has been on the team and has been doing so since he was in kindergarten. Today she is a coach and says the team presented incredible opportunities for her son, who is now in fourth grade at Kurtz Elementary School.

â€œThe Kowalskis are the ones who started it all. They were the ones who had a passion. They are very welcoming and courteous and welcome everyone with open arms, regardless of your skill level, â€she said. “Emilie [Kowalski, head coach] organize a walk for mom. A group of moms got together and she kind of took us under her wing. We started riding together and now we are coaches. It’s amazing how far I have come and grown with kids in my skills too.

Huron Valley United rides the local mountain bike trails and is outdoors all season. In addition to technical skills and improved physical condition, cyclists also learn basic bike mechanics and track etiquette. Coaches focus on preparing runners to compete in the six MiSCA Youth Series races in the fall, however, joining the team doesn’t require you to run. There are no trials and anyone can ride regardless of ability or skill level.

The Huron Valley Mountain Bike Club is a more relaxed atmosphere that is separate from the team. The club meets every Thursday, May through August, at the Carls Family YMCA in Milford and rides the mountain bike trail. Children range from 4 to 18 years old, and all school-aged children who wish to mountain bike the local trails are welcome. Huron Valley United Racing runs the club weekly and the rides are structured with an emphasis on fun. The club have not reunited this year due to the pandemic, but hope to restart with the 2022 season.

The team starts riding from mid-April to the end of April once a week. In June, it changes to two days a week, and from July to October, they drive three times a week.

Why join Huron Valley United Racing? â€œIt’s simple,â€ writes head coach Emily Kowalski. â€œWhen you ride with HVUR kids, riding is more fun. You have others to ride with and to cheer you on. You will dramatically improve your mountain biking skills in a positive, positive and enjoyable team environment to help you achieve your best efforts. Running is optional and not required to be a part of the team, but you can still enjoy the support and camaraderie in a team environment. All school-aged children are welcome.